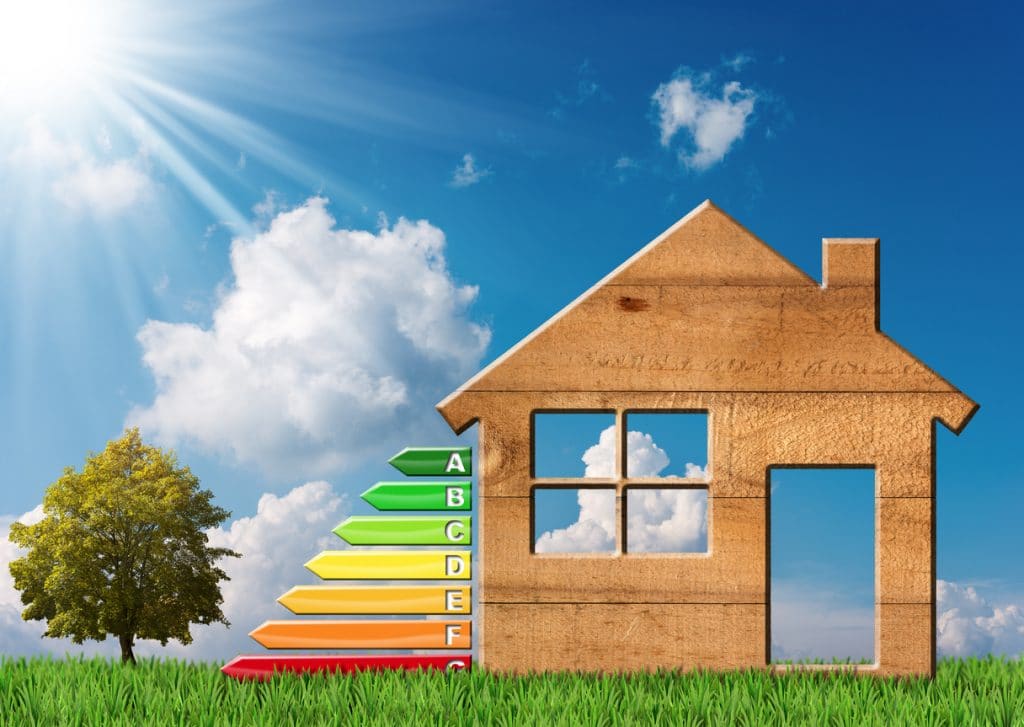 If you’re getting ready to sell your home in Portland, getting a home energy score report should be high up on your to-do list. But what does that number really mean, and how will it change the perception of your home once it goes on the market?

Since the policy went into effect on January 1st, all homeowners in Portland have been required to get a home energy score report, with a few minor exceptions (see our blog post on that here). Despite the potential $500 fine for not having that required report before a home is listed, according to a recent analysis only 37% of homes listed since the beginning of the year have had a home energy assessment performed.

We mention it here because not only is this low compliance rate a disappointment for Portland home buyers who were hoping to compare homes using the standardized home energy report, it also makes the reports themselves less useful.

That’s because the key component of the report, the Home Energy Score, is based on “average” performance for a home. Currently, the average is set at 5 (on a scale of 1-10).

Once a few thousand homes in Portland have received the required home energy assessment, Earth Advantage can better determine what the average score is in this area. For this ambitious policy to work for Portland, it’s going to take a higher rate of participation.

Okay, you’ve ordered your Portland home energy score assessment and a home energy assessor has come to your home to perform the necessary measurements. They’ve handed you a piece of paper with a couple of big numbers at the top. The first, in the middle of that top row, is The Score. The one next to it, in the right-hand corner, is the Estimated Energy Costs. Let’s look at what those numbers mean to you, and what they might say to home buyers.

As you probably already know, the Score is determined by your home’s structure — things like ceiling height and square footage — as well as its age, ability to trap hot and cold air, and the efficiency of its heating, cooling, and hot water systems.

But these factors don’t translate directly to the Home Energy Score. In fact, the numbers 1 to 10 are assigned on a curve.
At first this scale looks simple: 1 at the bottom, 10 at the top, with 5 in the middle. But homes are not simply assigned a number based on a preset list of qualifications — there’s a curve.

Remember when your teacher in school would announce that they’re grading the test on a curve, and everyone would sigh with relief? That means those who did the worst would be judged relative to those who did the best. Instead of 100% correct answers earning an A+, if the best anyone did was get 90% of the correct answers, that would be the “new” A+. Everyone else’s score was moved up accordingly.

In the City of Portland home energy scoring system (which is based off a model developed by the Department of Energy), a 10 actually means a home is “in the top 10%” of energy efficiency. In other words, if your home scores a 10, it is more efficient than 90% of other homes.
Working our way down the scale, a home that scores a 5 is more efficient than 50% of other homes. A 1 means that 85% of homes in the US are more energy efficient.

While this number seems abstract to the average home buyer, it’s going to start having meaning once they look at four or five home listings. In online real estate listings, the home energy score itself is noted, but home buyers must do a separate search at the Portland Green Building Registry to see the full Report.

To most home buyers — especially without a lot of home energy scores in Portland to compare — the number in the right-hand corner is going to be more meaningful. It’s the actual estimated dollar costs of running energy in your home. Everyone understands the value of a dollar, and most people have an idea of how much it costs to pay the utilities on their current home, even if they have never had a home energy assessment.

The things we should hope home buyers remember when they look at this number is that it doesn’t include water, sewage or garbage — it’s not a total utility cost. It’s just estimating the cost of utilities that power the home: usually gas and electric, and sometimes oil.

The second important thing to note about the Estimated Energy Cost is that it’s not based on actual utility bills. Instead, the home energy assessor first calculates what the energy demand would be on the home based on average consumption rates. Unlike utility bills, this number is based on total annual usage.

The home energy assessor then multiplies the demand number (whether in kilowatt-hours, Btus or gallons) by the most recent average Portland utility rates to determine the estimated energy costs for the entire year.

The goal of this process is to eliminate individual usage patterns from the estimate. In the past, Portland real estate buyers had only a handful of utility bills from the home seller to estimate what their energy costs would be. With a home energy assessment in hand, they can hopefully get a more accurate picture of what they’ll be paying, based not one homeowner’s habits but an average.

At this time, it’s hard to say exactly how home buyers will interpret the numbers on a home energy assessment report, and how much of an impact those numbers have on their final home buying decision. What is clear is that as more reports become available, and as home buyers learn to trust the data, the numbers will become more meaningful in the real estate market. We may even see the scoring methods re-evaluated to reflect the fact that most Portland homes are scoring a 5 or less. If the goal is to do better than average, the average must be accurate.