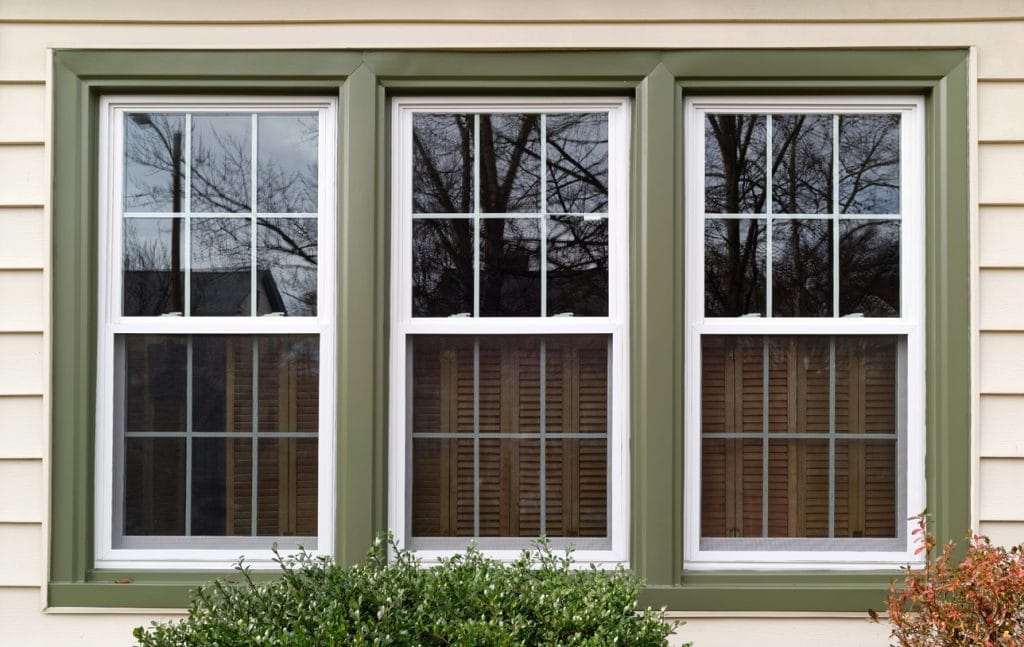 Windows are the eyes of the home. They give us natural daylight, offer a breeze on a hot day, and provide a vantage point to observe the world outside our four walls. Windows are so important they often occupy up to 25% of the average home’s total wall space!

Nobody will argue that windows are not a wonderful invention, but the debate starts when we begin to consider how and whether to replace them. While double-paned windows are a great real estate listing buzzword, are they really necessary in Portland?

Single-paned windows were the old standard up until the 1980s, and in a temperate climate like Portland’s, they can be just fine (with some improvements). In fact, across the country, an estimated 40% of homes still have single-paned windows, according to the U.S. Energy Information Administration.

As time goes on and more home energy score reports are generated, we will get a clearer picture of how many single-paned windows exist in Portland specifically. Meanwhile, the available data from the U.S. census shows that about 85% of Portland homes were built before 1980, leaving homeowners with a pretty high likelihood of possessing some single-paned windows.

Replacement windows can offer significant energy savings over time, but getting those new windows and having them installed can be expensive. Most heat is not actually lost through the glass itself, but rather through gaps in the window’s casing. According to a study by the National Trust for Historic Preservation, various upgrades to existing, single-paned wooden windows can offer energy savings close to those found by replacing windows altogether. The study performed those upgrades on an older Portland home with single-pane windows and reported the results as following:

Another note to keep in mind is that many of these improvements can be “stacked”: An existing single-pane window can have both storm windows and shades, for example.

Unfortunately, when it comes to your Portland home energy score report, whether or not an old window possesses any of the above-listed improvements may not get factored in. Perhaps later versions of the regulations will take these improvements on single-panes into account, but as it stands now, windows are often scored based on features normally only found in newer, high-efficiency windows.

There are certainly times when windows must be replaced, and doing so is a job best left to the pros. However, this still leaves the matter of deciding what kind of windows to purchase.

For homeowners, going online or stopping by a Portland home improvement store to shop for new windows is a sure route to overwhelm. Here’s a quick and easy guide to what the various industry terms mean, and how to optimize your window purchase to boost your home energy score.

Energy Star Label: Energy-efficient windows with this blue label have met performance criteria for windows and skylights based on ratings created by the National Fenestration Rating Council (NFRC). These performance standards are different for each climate zone. Portland homeowners should purchase windows that are Energy Star Certified for the Northern climate zone.

Within the Energy Star/NFRC Label there are two key numbers to interpret: Solar Heat Gain Coefficient (SHGC) and U-factor.

Solar Heat Gain Coefficient is a number between 0 and 1 that measures how much solar radiation the glass lets through. Manufacturers use what’s known as a “low-e” coating on different sides of the glass (facing in or out) to either reflect solar heat out and away from the home, or to reflect heat coming from within the home back in so it stays there. In colder climates, windows that trap heat are recommended, but in warmer climates, windows coated so as to deflect as much heat as possible are preferred. The lower the number, the less solar heat a window will allow through.

U-factor is a number that compiles several heat-transference variables to determine how well the window keeps heat from escaping the home. Reflectivity is factored in, but also direct air leaks and the thermal conductivity of the material. For instance, aluminum conducts heat fairly readily, raising the overall U-factor for the window. The lower the U-factor, the less heat the window will allow to escape.

What about R-value? You may see some windows given an R-value, much like insulation. However, R-value is not a great way to measure window efficiency, which is why the NFRC label doesn’t include it. That’s because R-value only measures the thermal conductivity of a window, without factoring in the amount of solar radiation, air leakage, etc.

In addition to SHGC and U-Factor, the NFRC label may contain a couple of other numbers to describe the window’s performance. One is Visible Transmittance, which is just like it sounds: A rating of how much visible light the window allows in. For Portland, this should be a top consideration, considering that clouds block out the sun, on average, 222 days of the year! A higher number will brighten your days.
Finally, there’s an Air Leakage factor. Nobody likes drafts, and that’s precisely what an air leak will cause, allowing heated or cooled air to directly escape your home. The lower the number here, the better you’ll be off.

When it comes to your Portland Home Energy Score, the U-factor is what the assessor will be looking at. If your windows aren’t rated with a U-factor, the Home Energy Score assessor will rate them based on the glazing and tinting on the windows and whether or not they are double-paned. Window position may also be taken into account, as windows on the south side of the home will gain and lose heat differently than those on the west or east side.

Ordering a Home Energy Score for your Portland home? Be sure to call the qualified experts. Home energy assessments are what we do, and we’re always happy to talk about the best home improvements to potentially boost your score.