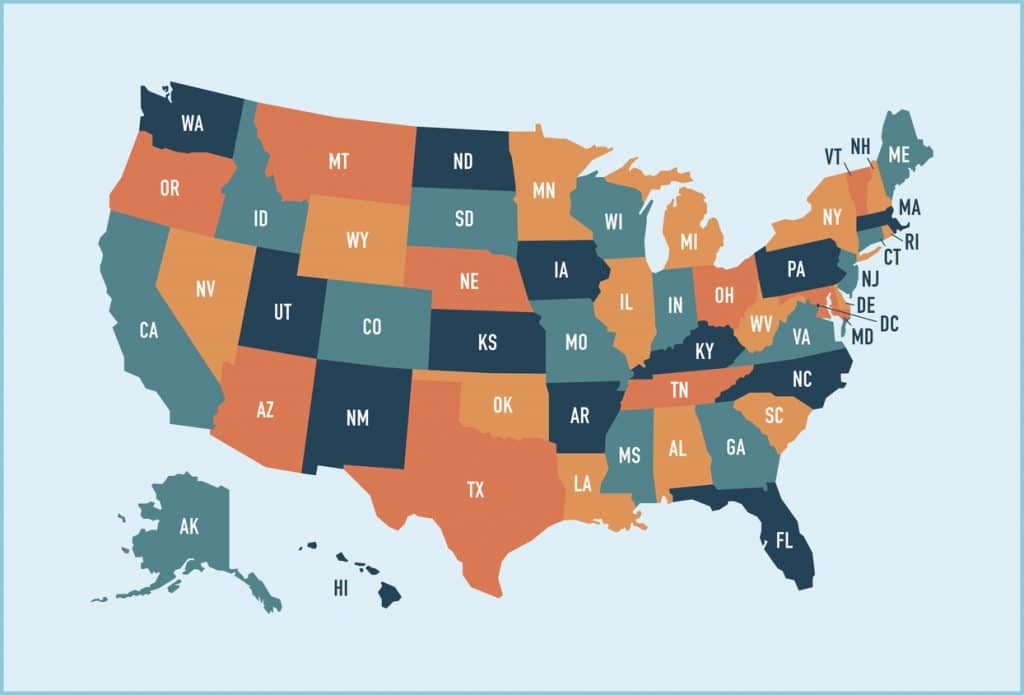 Portland is unique in a lot of ways, but when it comes to the challenge of reducing energy consumption and greenhouse gas emissions, we’re definitely not alone.
The idea behind Home Energy Scores is to give consumers a consistent way to compare homes on the basis of energy consumption, similar to a car’s fuel-efficiency rating. However, for ratings to really be helpful, they should apply to all homes, and not just those in Portland.

How long will it take for the rest of the world to catch on? Many places already have. The European Union started the movement to put efficiency labels on homes over ten years ago, and in Germany, Denmark, and Britain the rules apply to every home in the country.

The Home Energy Score idea began rippling through the United States not too long after, and certain cities have taken the lead. Let’s take a look at some of the other home energy score and assessment policies and how Portland’s measures up.

Texas may have a reputation as a low-government zone, but the capital city of Austin implemented a policy in 2011 that requires every building being sold to receive a home energy score. Known as the Energy Conservation Audit and Disclosure, the ordinance helps meet some of the goals established in the Austin Climate Protection Plan. This plan is even more ambitious than Portland’s Climate Action Plan, which aims to reduce greenhouse gas emissions by 280,000 metric tons by the year 2020. Austin’s benchmark for 2020 is a 365,000-ton reduction in greenhouse gasses.
While commercial buildings in Portland are exempt from the Home Energy Score requirement, Austin’s are not. However, homes in Austin can skip the ECAD if they complete certain common energy-efficiency improvements. In addition, homes built within the last ten years are not required to get a home energy score in Austin. Learn about Portland Home Energy Score exemptions here.

Like the Portland Home Energy Score policy, the Berkeley Building Energy Saving Ordinance, or BESO, requires all homes going on the real estate market to receive an energy assessment. Like Austin’s policy, the BESO also applies to commercial buildings. The policy went into effect in 2014, and as of 2016 the average Home Energy Score was 6. Portland, which has an older housing stock, is seeing an average score of 4.

The City of Berkeley says it is on target to reach its greenhouse gas reduction goals. It hopes to eliminate 188,000 tons by 2020.

This program is voluntary, but we’re including it here because it could affect millions of homes across the Northeast and it’s the most innovative ideas around. The Home Energy Labeling Information eXchange, or HELIX, is a database available to seven Northeast states. Developed by the Department of Energy in partnership with several regional energy and natural resource groups, the program hopes to directly input Home Energy Score data into MLS systems. HELIX is still in development and is expected to be implemented in 2018. Again, homeowners, sellers, and real estate agents won’t be required to use it, but HELIX’s advocates are putting the system in place in hopes that those who are interested can easily share Home Energy Score information.

Near Miss in Massachusetts

This year, Massachusetts became the first U.S. state to consider a mandatory statewide Home Energy Score policy. The rule was included in the original version of the state’s green energy bill, but removed at the last minute before the bill’s passage in June 2018. However, the bill did make some ambitious goals, including transitioning the state to 100% renewable power by the year 2047.