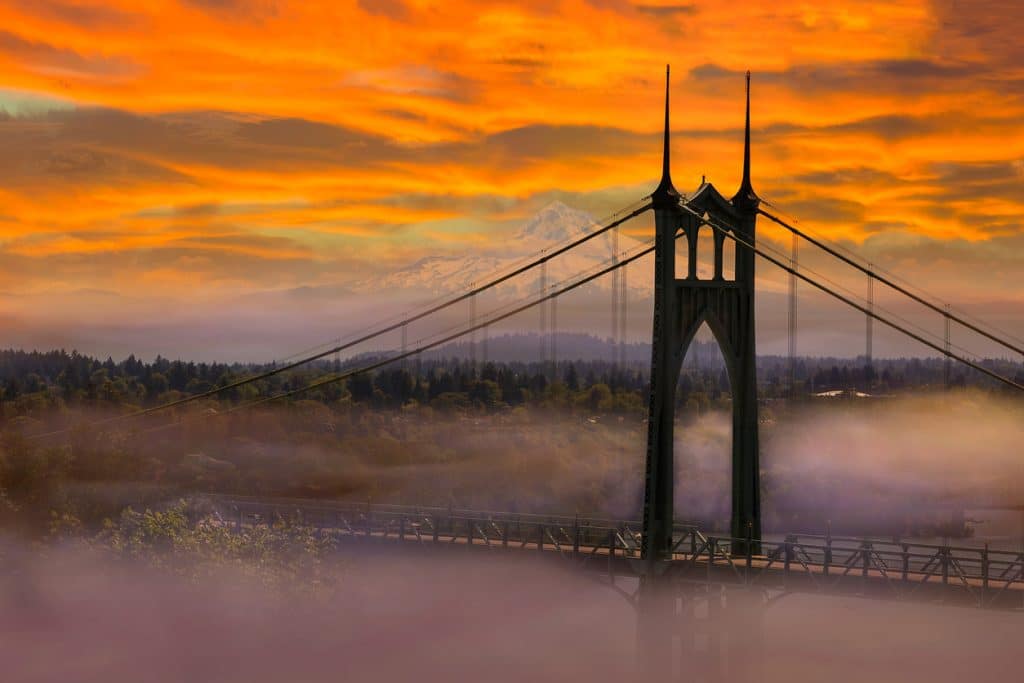 The term “Urban Heat Island” brings to mind visions of a tropical city melting into an emerald sea. In reality, it describes an all-too-common effect that happens on hot summer days in cities around the world, including Portland.

Why does this matter? After all, scientists emphasize that urban heat islands don’t actually make climate change worse —not directly, anyway. The UHI is frustrating and sometimes even dangerous because it makes hot summer days even hotter for city-dwellers. When summer temperatures hit their peak in rural areas surrounding the city, Portland registers even higher on the thermometer thanks to the UHI. On these super-hot days, air pollution is also intensified, making urban areas even more hazardous for sensitive groups. Hotter cities also use more electricity — which is just the consumption pattern the Portland’s Home Energy Score Policy seeks to address.

Portland is the 4th Worst

It’s more important than ever. In fact, when Climate Central, a non-profit research organization, compiled a list of the most intense urban heat islands in 2014, Portland came out #4 on the list.

“Climate change is warming the entire planet, rural and urban areas alike,” said Alyson Kenward, lead author of the report. “But thanks to the dual action of urbanization and climate change, cities are not just hotter, they are getting hotter faster: 45 of 60 cities we analyzed were warming at a faster rate than the surrounding rural land.”

On average, Portland’s summers have been 4.8 degrees hotter than rural areas directly adjacent to the city. That means that when it’s 90 in McMinnville, it’s nearly 95 in downtown Portland.

But that’s just the average. The upper limit? 19 degrees! In other words, on certain days in the summer, it could be a sweltering 118 in Portland while rural areas are managing at 99.

It’s a bit puzzling, considering Portland’s green credentials — great public transit to keep cars off the road, lots of open areas and parks, and an ambitious Climate Action Plan of which the Home Energy Score policy is just one part.

Scientists have known for decades that heat trapped by concrete, as well as a lack of shade from trees, is the main contributor to urban heat islands. Now, a new study by MIT sheds some light on why Portland’s summer climate is so much hotter. Using mathematical models, they found that buildings placed within a grid tended to retain more heat than those arranged in a less orderly fashion. As buildings radiate heat in a grid, that heat tends to be absorbed by other buildings rather than dissipating into the atmosphere as it does in cities structured more chaotically.

Can Portland move away from its grid-like urban planning and reverse — or at least mitigate — the heat island effect? Doing so will take decades because buildings are not torn down and rebuilt very often. However, there are moves to make the city less linear and even greener — take, for example, the planned six-mile urban “Green Loop” for pedestrians, cyclists and transit riders.

Beyond urban planning for cooler streets, Portland is attacking climate change head-on with its Climate Action Plan. Home Energy Scores, by increasing public awareness, will help reduce energy consumption and slow down greenhouse gas emissions from power plants. Combined with a focus on renewables like solar and wind, this is one urban heat island that’s not going to melt away without a fight.