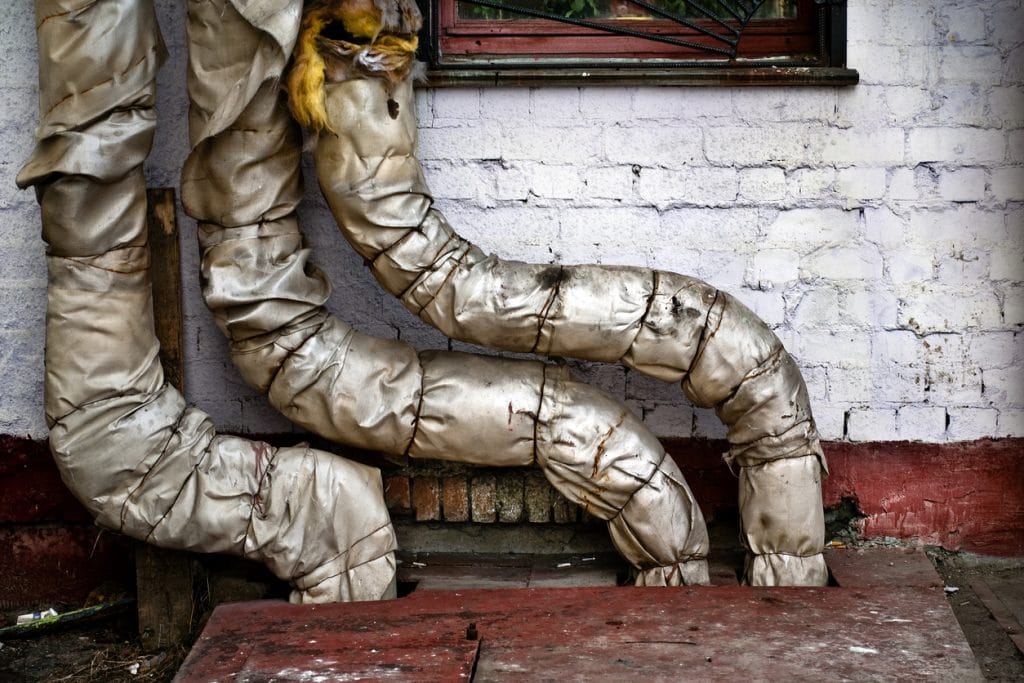 Even in a temperate zone like Portland, life would be pretty uncomfortable without some kind of heating system. For most Portland homeowners, heat typically comes from an HVAC system powered by electricity or natural gas.

In this post, we’ll focus on the ducts, a key component of the HVAC system. Ducts carry invisible rivers of air through the home, keeping its inhabitants comfortably cool in the summer and warm in the winter. Symptoms of poor duct performance are easy to identify. They include:

Now, we don’t want the last one to happen, so it’s best to address the first three symptoms of inefficient ducts before ordering your Home Energy Score Assessment. First, a little background info on ducts.

Components of the System

The HVAC system comprises the central unit where air is drawn in, heated or cooled, and pushed into the ducts; the thermostat which allows the user to tell the system what temperate to keep the home heated or cooled to, the ducts themselves, and finally the vents to individual rooms in the home. This post will focus on the ducts and vents of the HVAC system and how to get them performing optimally.

Although pressure is not a visible component of your HVAC duct system, it does play an important role in efficiency. Adding heated air to a room increases air pressure. Outside air pressure is lower, so heated air will naturally escape through any gaps or cracks in the building envelope to the outside. For this reason, many Portland homes are fitted with ducts that not only supply fresh air to each room, but also carry it away again through return ducts. These systems are more efficient because they allow the home to maintain a neutral pressure from room to room.

When return ducts take air out of a room to maintain neutral pressure; the heated air is carried back to a unit called an “air handler” so that it can be brought back up to temperature and recirculated.

HVAC pros use a tree analogy to describe the duct system in a building. You might hear your Home Energy Score Assessor use some of these terms as well. The first one is “trunk duct”, which is the main duct — usually rectangular and constructed from sheet metal — that carries air away from the HVAC unit parallel with the floor of the home. If you’ve ever seen a movie where someone crawls through the ductwork of a building, the trunk duct is similar— just smaller in width for the average home.

Branch ducts, usually round in shape, carry heated or cooled air to the individual rooms of a home. These ducts are big enough for a cat, but not a human, and constructed either of sheet metal or helical wire encapsulated in plastic. Another common type of duct is the fiberboard air duct. Fiberboard is made from fiberglass trapped in resin and compressed; these ducts are foil-faced on the outside.

Home energy score assessors in Portland don’t discriminate among duct types. Instead, they check for air flow and leakage in the ductwork itself. They also give points for well insulated ducts.

Before we discuss strategies for improving air duct efficiency, there’s one more component of the system to learn about: Vents

You might be thinking: What’s there to know about vents? After all, they are the component of the typical HVAC system most familiar to the average user. They the metal (or sometimes wood) grate covering the opening where the duct ends; most have “fins” that can be closed or opened to control air flow. Vents are found in the wall, floor, or ceiling.

There are two things to know about vents. First is that closing the fins doesn’t block all air flow out of the vent. If you really want to prevent a room from being heated or cooled, you’ll have to replace the vent with a piece of plywood. This works well in unused garages and basements. When it comes time to get your Home Energy Score, that space will no longer be considered part of the heated square footage of the home. However, closing off vents in other rooms of the home may throw off the pressure balance and won’t contribute to overall energy efficiency.

The second thing to know is that the gaps around vents can be contributing to air leaks if they’re not sealed off. This is especially true for ceiling vents that are below an uninsulated attic. To seal, remove the vent cover, apply a bead of silicon caulk, and replace.

Now that you know the ins and outs of your ductwork, how can you alleviate some of the heating and cooling issues described at the beginning of this article? The U.S. Department of Energy estimates that 20 to 30 percent of the air that moves through the duct system is lost due to leaks, holes, and poorly connected ducts. Unfortunately, if these problems are in the branch ducts, there’s usually not much that can be done outside of a total system replacement because the ducts are buried in the walls.

However, inefficient ducts located in the basement or attic can easily be located and improved upon. Here are some tips.

Remember, sealing and insulating your HVAC ducts is one of the top five ways to improve your home energy score before you schedule your appointment.